This project happened in my previous life as a botanist and explorer. Recently we were very excited to discover that several new snail species were discovered by our efforts. Hilary May (nee KIngston), the snail collector, is going have one of the snails named after her. Another will be named after the Shiwiar tribe who hosted us. It made me realise I had better make a small website to store the project report and stay in touch with the Shiwiar, who now host regular tours in their territory. 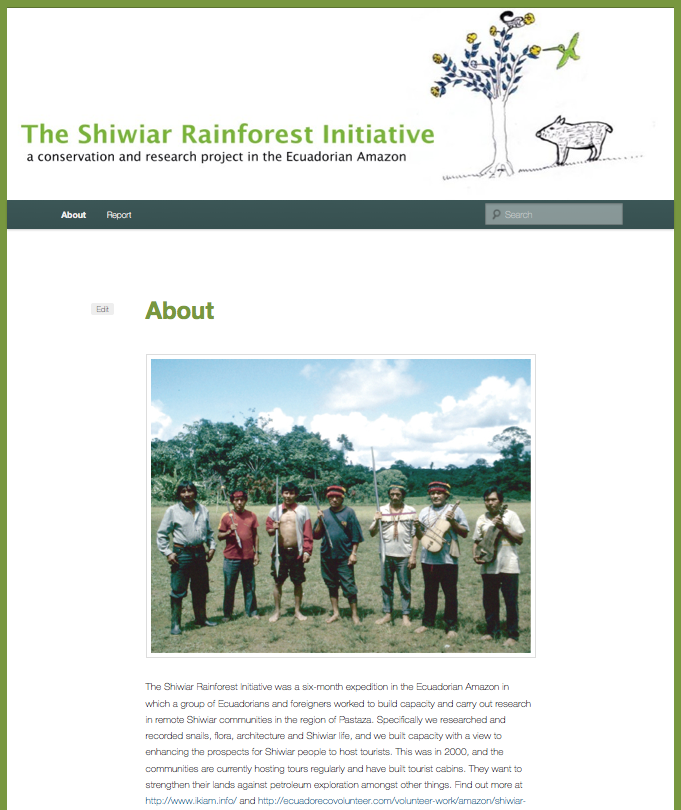